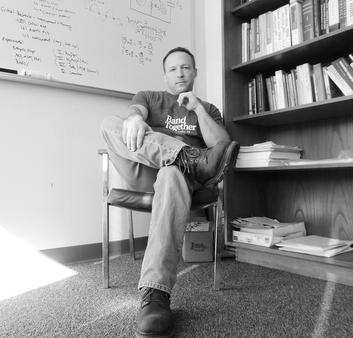 Shane was born in Milwaukee and grew up in southern Wisconsin. He went to Beloit College for undergrad, where he studied physics and played football and baseball. He immediately went on to grad school at Tulane University in New Orleans, and graduated with a Ph.D. in experimental physics. He was then offered a fellowship to do research on advanced materials at the Naval Research Lab in Washington, DC. This work led to research at other labs including  Brookhaven National Lab in New York and Lawrence-Berkeley National Lab in Berkeley, CA. He is currently a professor in the Department of Physics and Astronomy at Louisiana State University where he teaches and carries out research on novel magnetic materials. He has published nearly 200 papers in scientific journals and co-authors a leading physics textbook. His writing career in fiction began with his debut novel, Exoskeleton, which was published in 2012 by Dark Hall Press. Tympanum, the sequel to Exoskeleton, was released in October of 2015. The third in the series (Omniscient) was released in September, 2019.